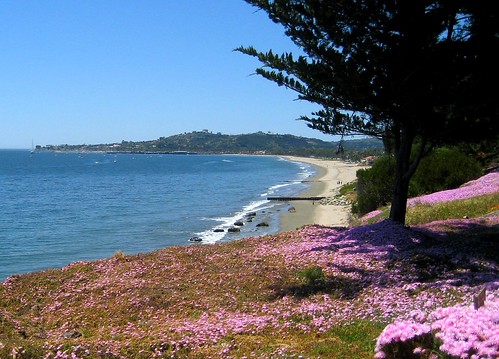 Santa Barbara....this is the only paradise,

the real land of dolce far niente, the home of the gods....

Roy Rogers and Trigger in The Golden Stallion

Many happy childhood hours were spent watching Roy, Trigger, and that sassy Queen of the Range - my idol - Dale Evans.in the hills and valleys of Santa Barbara County, streams and mountains and dark oaks still gather old stories and mysteries and haunting songs in their shadows.

One of my favorite movies of that era was the Golden Stallion. The short movie features Roy, as handsome and humble as ever, who, with his good looks and charm could have any cowgirl in the world.

But he would have none but Dale. And Dale knew how to ride herd on her cowboy like a good cowgirl should.

This story showcases the smartest horse in the movies: Trigger. He, like Roy, is especially handsome, smart, and savvy with the ladies. He is able to calm a rowdy herd of wild horses with just a toss of his mane....

"Why, he's gonna get along all right with that little filly!"

This movie has everything - adventure, mystery, romance, the beauty of the Wild West, and even a few cowboy songs with The Riders of the Purple Sage.

Roy Rogers encouraged us all to be honest, and true, to be good friends, and citizens, to feed the animals first, and always honor our ma and pa.

Sit back and enjoy a glimpse at a bygone era. Enjoy the camaraderie, the roping, the riding, the intrigue, and yes, the romance. And while you may be tempted to ride your palomino across the fields at warp speed, remember: 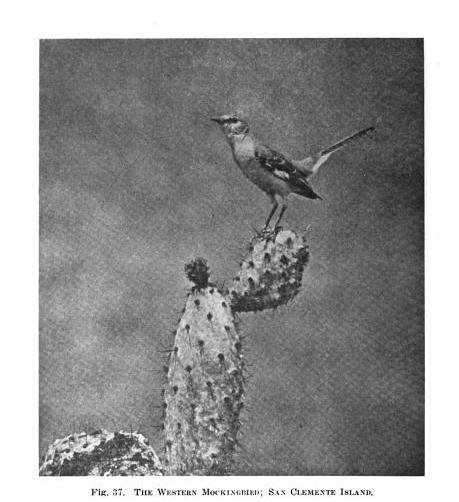 The Western Mockingbird is to Southern California what the American robin is to the Eastern States - the friendly dweller near the homes of men.  From the fruit trees in the orchard, from the shrubs on the lawn, from the tops of the house chimneys, he pours such a flood of delirious music that the woods and the streams stand silent to listen.

No bird has been oftener written about. It would be difficult to say anything original concerning him, but Mrs Bailey's inimitable description is worth quoting;

The Mocker almost sings with his wings. He has a pretty trick of lifting them as his song waxes, a gesture that not only serves to show off the white wing patches, but gives a charming touch of vivacity, an airy, almost sublimated fervor to his love song. His fine frenzies often carry him quite off his feet. From his chimney-top perch, he tosses himself up in the air, and dances and pirouettes as he sings, till he drops back, it would seem, from sheer lack of breath. He sings all day and often, if we would believe his audiences ,he sings down the chimney all night, and when camping in Mockerland, in the full of the moon, you can almost credit the contention. A Mocker in one tree pipes up and that wakes his brother Mockers in other trees, and when they have all done their parts, every other sleepy little songster in the neighborhood - be he sparrow or wren - rouses enough to give a line of his song.

His nest, placed often in the hedgerows bordering the lawn, is presided over by his more quiet mate who broods for fourteen days on the mottled blue eggs. There is no need to peek into the nest to ascertain whether those eggs have hatched, for his fussiness proclaims the event to all who care to know.  And now come busy days 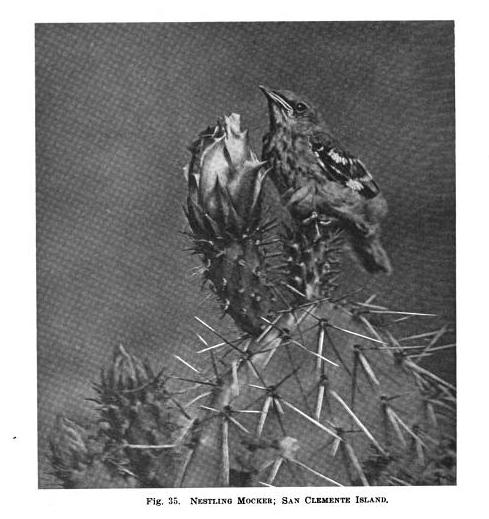 Both male and female Mockers flit through the green like silent shadow,s hunting insects under the leaves, earthworms on the ground, or berries in the garden. These are all swallowed first and delivered to the infant Mockers by regurgitation for the first few days, or until the babies' eyes open. After that, the number of earthworms, butterflies, etc, devoured by those nestlings rivals the story of the young robins who, in twelve hours, ate forty per cent more than their own weight.

There seems to be no limit to their appetite, and scarcely any to their capacity. Even after they leave the nest and are nearly as large as the adults, they follow the overworked father about, begging with quivering wings.  They are remarkably handsome youngsters with their soft brownish coats and spotted breasts, well deserving the care and pride their fond parents bestow upon them.