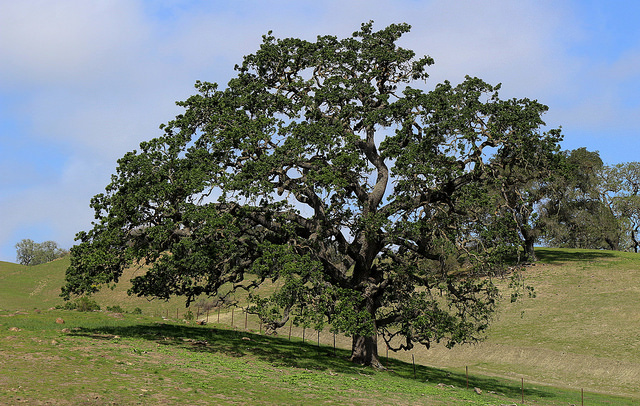 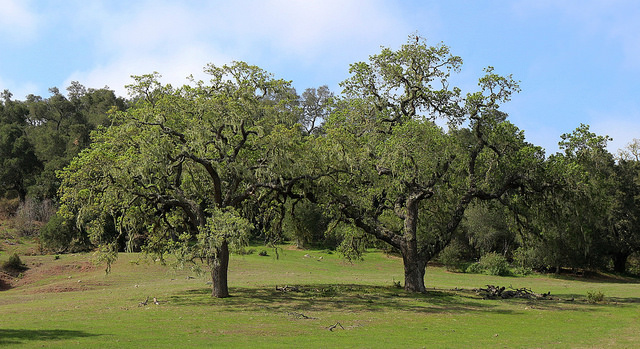 The huge trunk with grayish, deeply furrowed bark, gives off very large, rough-barked arching limbs at from 8 to 25 feet from the ground, the drooping lower branches sometimes reaching the ground. 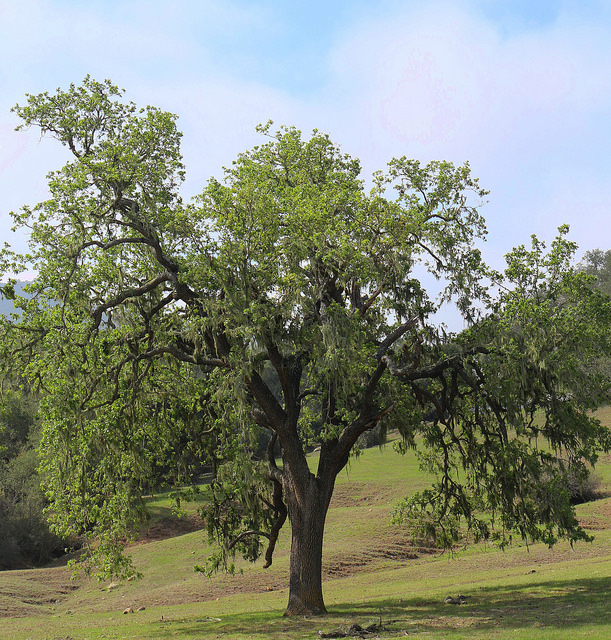 Occasional trees have tall undivided trunks with small spreading or drooping short branches in a narrow dome-like crown; generally, however, there is not more than a single length of clear saw timber in the trunk. 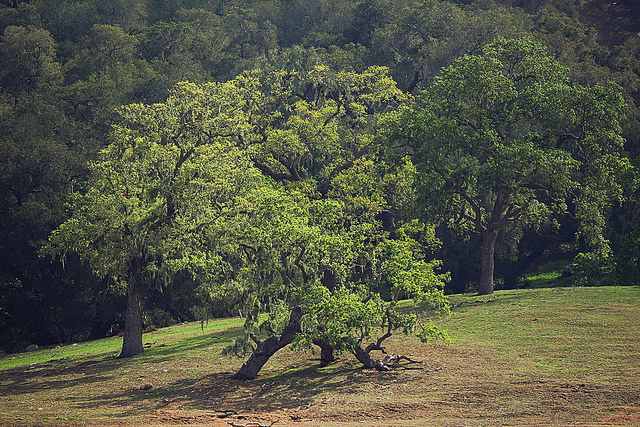 Height: From 60 to 75 feet, sometimes 80 or 100 feet, with a diameter of from 30 to 40 inches or more. As it straggles up narrow valleys into the foothills, it becomes small often under 30 feet in height and 1 foot through. Mature leaves shed in autumn, are variable in size and form on the same tree. They have deep green and minutely hairy star shaped hairs on their top sides, lighter and minutely hairy beneath leaf stems, also. 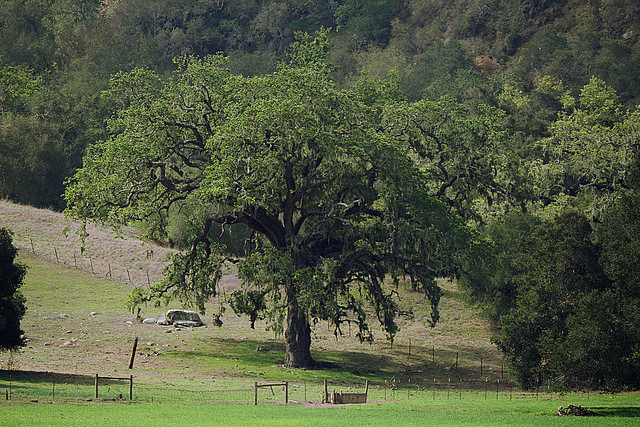 Acorns: Matured in one season and sometimes produced in very large quantities, are also variable in size; bright chestnut brown when ripe. Wood, pale, dull brown, very brittle, firm, often cross grained and difficult to split or work. On account of its poor timber form, the trees are rarely if ever cut for anything but fuel, for which, however, they are much used. Longevity: Nothing is known of the extreme age attained, but it is believed to reach at least from 300 to 400 years.

~Forest Trees of the Pacific Slope, by George Bishop Sudworth, 1908