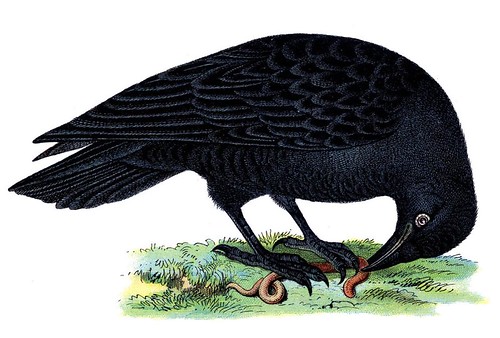 In Norse mythology, Odin,  the greatest of all the gods the raven's God had for his chief advisers two ravens,  Hugin and Munin - Mind and Memory - who were sent out by him each morning on newsgathering journeys, and who returned to him at nightfall to perch on his shoulders and whisper into his ears intelligence of the day.

When news of unusual importance was desired,  Odin himself, in raven guise, went forth to seek it - and when the Norse armies went into battle, they followed the raven standard,  a banner under which William the Conqueror fought.   When bellied by the breezes it betokened success, but when it hung limp, only defeat was expected.

Norse navigators took with them a pair of ravens to be liberated and followed as guides - if the bird returned, it was known that land did not lie in that direction; if they did not, they were followed.  The discoveries of both Iceland and Greenland are attributed to their leadership.

To the Romans and Greeks, the raven was the chief bird of omen, whose effigy was borne on their banners and whose auguries were followed with greatest confidence, while to the German mind he was his satanic majesty made manifest in feathers.  In some parts of Germany, these birds are believed to hold the souls of the damned, while in other European sections priests only are believed to be so reincarnated.

In Sweden, the ravens croaking at night in the swamps are said to be the ghosts of murdered persons who have been denied Christian burial, and whom on this account, Charon has refused ferriage across the River Styx. As a companion of saints, this bird has had too many experiences to mention. 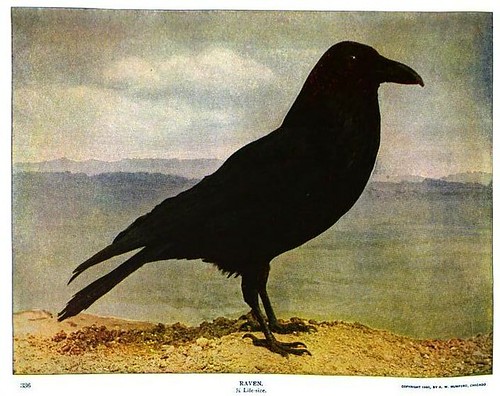 By some nations, he was regarded as the bearer of propitious news from the gods and sacrosanct  - to others he was the precursor of evil and an object of dread.

With divining power which enabled him for ages to tell the farmer of coming rain, the maiden of the coming of her lover, and the invalid of the coming of death, he was received with joy or sadness according to the messages he bore.

In England, he was looked upon with greater favor; there, the mere presence of the home of a raven in a tree top was enough to insure the continuance in power of the family owning the estate.  The wealth of raven literature bears indubitable testimony to the interest people of all times and all localities have felt in this remarkable bird, an interest certain to increase with acquaintance.

To one with mind open to rural charm, this picturesque bird solemnly stalking about the fields or majestically flapping his way to the treetops is as much a part of the landscape as the fields themselves, or the trees upon their borders; it possesses an interest different from that of any other creature of the feathered race. 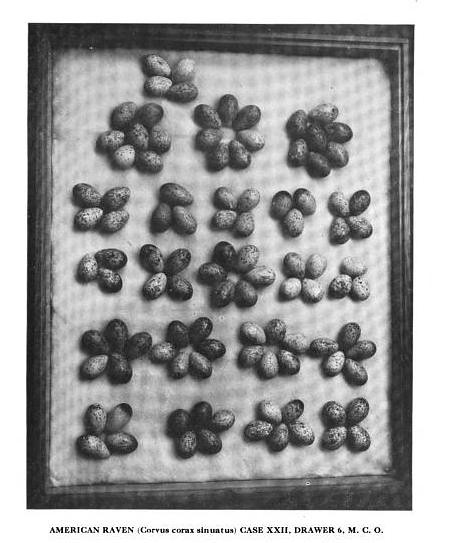 Though he no longer pursues the craft of the augur, his superior intelligence, great dignity and general air of mystery inspire confidence in his abilities in that line. What powers were his in the old days!

Foolish maidens and ignorant sailors might put their faith in the divining powers of the flighty wren, others might consult the swallow and the kingfisher, but it was to the many wintered crow that kings and the great ones of earth applied for advice, and it was he who never failed them. 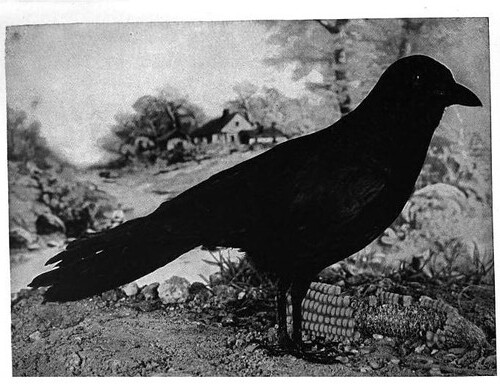 According to Pliny, he was the only bird capable of realizing the meaning of his portents.

In the early morning light, the worthy successors of the ancient Hugin and Munin go forth to-day, in quest of news of interest to their clan, just as those historic messengers did in the days when the mighty Norse gods awaited their return that they might act on the intelligence gathered by them during the daylight hours, and when slanting beams call forth the vesper songs of more tuneful birds, they return - followed by long lines of other crows - to their usual haunts on the borders of the marshes.

Singly, or in long lines, never in loose flocks like blackbirds, they arrive from all directions - till what must be the whole tribe is gathered together - a united family for the night's repose.   As there in the treetops, in the early evening, in convention assembled, they discuss important affairs; who can doubt that certain ones of their number are recognized as leaders, and that they have some form of government among themselves. 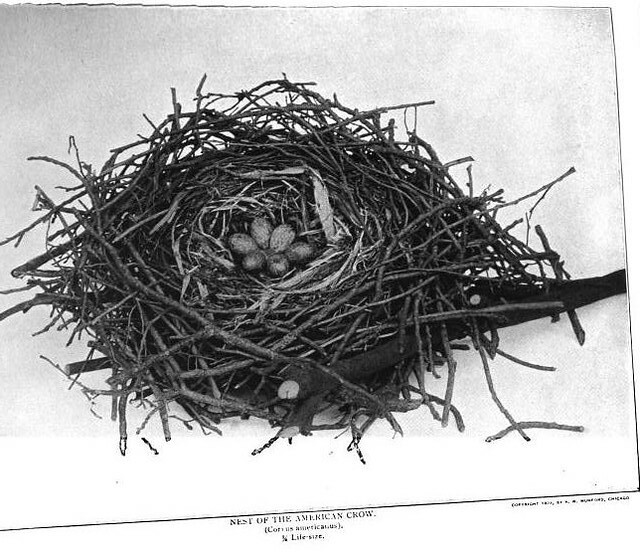 One after another delivers himself of a harangue, then the whole assemblage joins in noisy applause or is it disapproval. At other times, sociability seems to be the sole object of the gathering.  As one old crow, more meditative than the rest at the close of the conclave, always betakes himself to the same perch - the lonely up-thrust shaft of a lightning shattered tree on the hillside - we decide that here is old Munin, who has selected this perch as one favorable to meditation,  a place where he may ponder undisturbed over the occurrences of the day.